MJ Williams, vocalist, trombonist, Montana native and co-founder of the Montana Artists Refuge (an artist residency program for artists of all genres), has played for several decades in clubs and festivals, locally, regionally, and internationally. During her career she has performed at The Bellevue Jazz Festival, Bumbershoot Jazz Festival, The New York City Women in Jazz Festival and was a member of the Tappan Roberti Quintet featured on Montana Public Television’s 11th and Grant Series. Williams performed starting in 2004 at the now legendary Le Sept Lezards jazz club and the Atelier de la Main d’Or both in Paris France. She has done performances there in other clubs as well and continues to spend time studying and watercoloring there.

In 2010 she released a CD of original music with Paris musicians Amy Gamlen, Jobic LeMasson, John Betsch and Peter Giron. The CD includes compositions by Williams, Gamlen and LeMasson. MJ received a grant from the Myrna Loy Center’s grants to artists committee (Helena, MT, USA) to record this project, entitled: Trance Atlantic, the MJ Williams Paris Project. In 2011 Williams was invited to spend a week in residence in the Dept. of Theatre, Performance Studies and Dance at Kennesaw State University near Atlanta Georgia where she led a series of improvisation workshops. In 2013 MJ wrote a score for Mary Ellen Strom’s two channel video installation at the Longhouse Projects Gallery in New York City. In November of 2015 Williams performed a concert of jazz standards at the Eiteljorg Museum in Indianapolis, Indiana with pianist Bob Packwood.

MJ Williams has recorded with Kelly Roberti and Ann Tappan as “The Tappan, Roberti, Williams Trio” and the “MJ Williams Trio”. Williams and Tappan worked together with bassist Rob Kohler to produce CD’s as the trio “Threeform”.

MJ was a recipient of the Montana Arts Council’s Governor’s Arts Award in 2016.
Read the article on MONTANA.GOV

MJ was a recipient of “2021 Jazz Heroes” by the Jazz Journalists Association
Read the article on JJAJAZZAWARDS.ORG

MJ was featured on Montana Senior News
Read the article on MONTANASENIORNEWS.COM 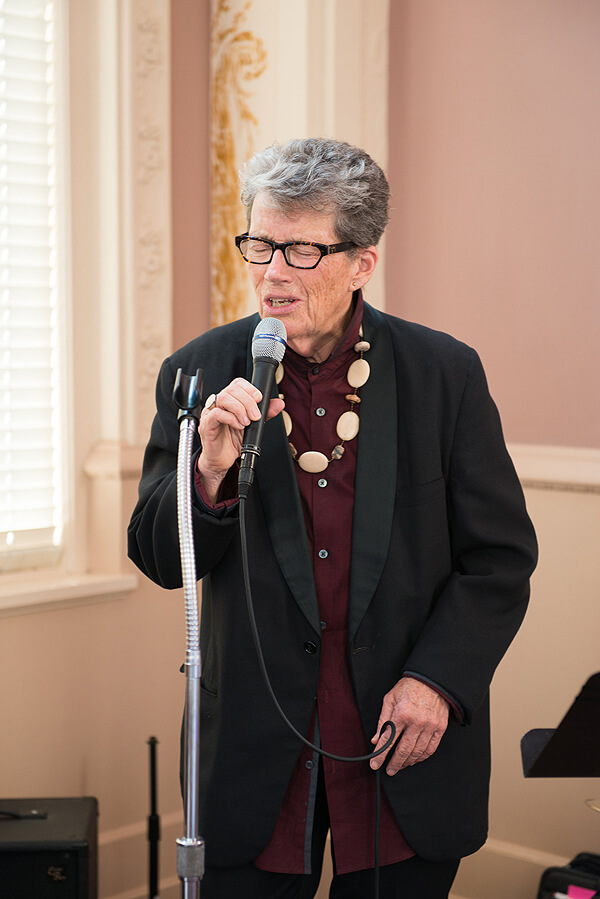